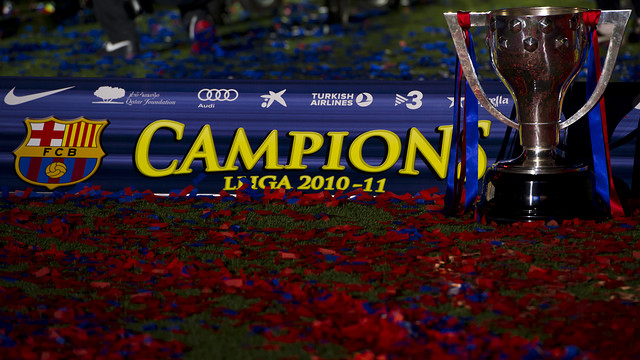 FC Barcelona have won their 22nd league title, their fourth in five years

Without counting the times Barça have won consecutive league titles, this is the first time that the Blaugrana have managed to win the league after losing it the year prior

FC Barcelona continue to be the dominant force in La Liga in the 21st century. Since the year 2000 the Blaugrana have won six league titles, followed by Madrid (5), Valencia (2) and Deportivo (1). Barça strengthened their hold on La Liga in the 2008/09 season, since then they’ve claimed four league titles.

The stats from Barça’s four most recent La Liga titles

Barça have regained the league crown after Madrid’s title winning run last year. In fact, this is the first time in Club history that Barça have won a league title – not counting when they won consecutive league titles – after losing it the year prior.