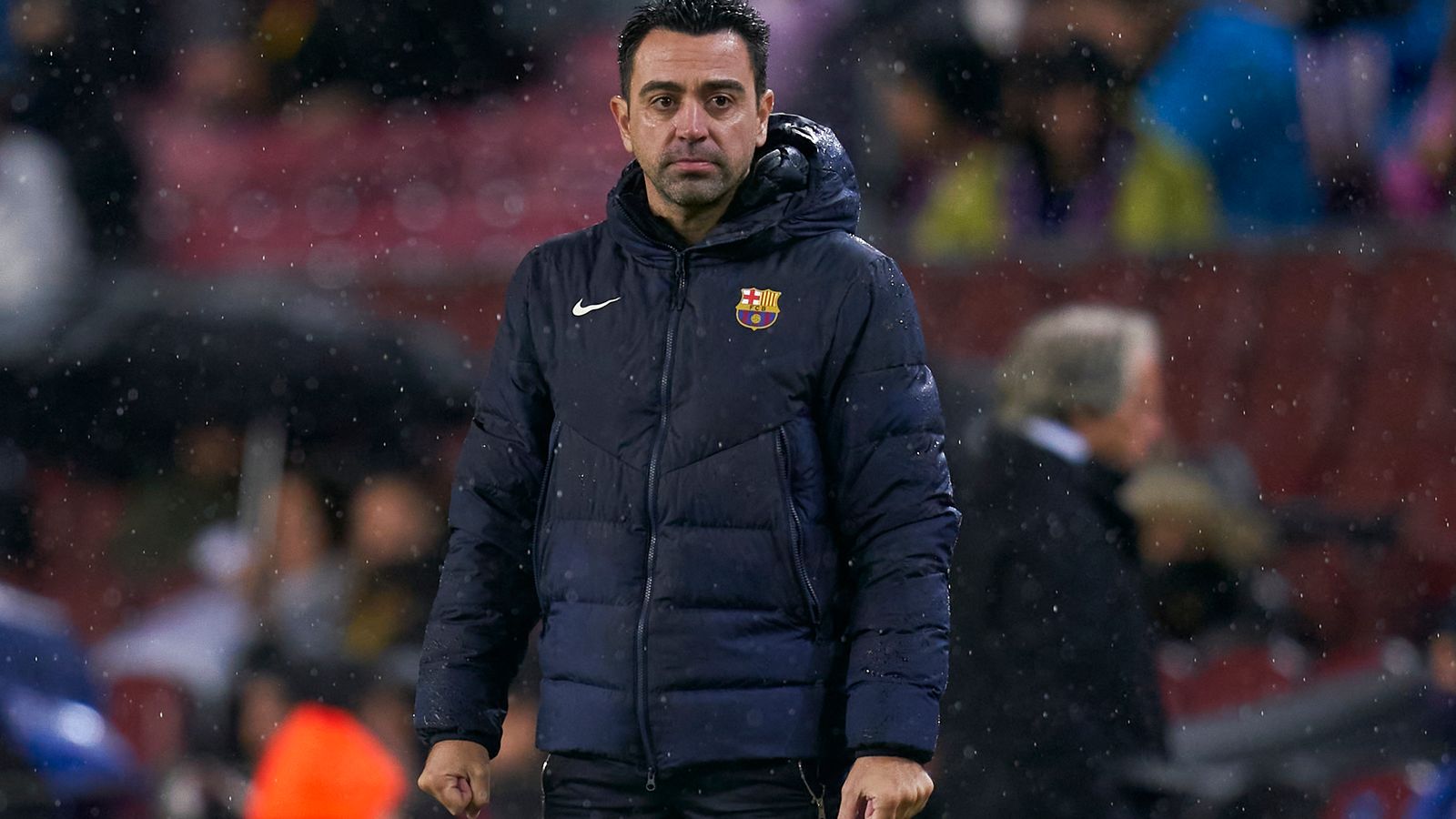 Xavi Hernandez’s first Champions League match as a coach ended in frustration as third-placed Benfica stayed two points behind Barcelona after a 0-0 draw.

Barca have advanced from their group into the knockout stages every season for almost two decades but a goalless draw at home means the Spanish club might need to beat Bayern Munich in the final round of games to advance.

If Barca fail to beat Bayern away, Benfica could overtake the Spanish club with a win at home to already-eliminated Dynamo Kyiv. If they finish tied on points, Benfica would advance courtesy of their head-to-head record.

Helping Barca is the fact that Bayern have little to play for except, maybe, the chance to knock out a historic rival, albeit one that has lost their aura following the departure of Lionel Messi and other big-name players amid financial problems.

Bayern had already qualified for the last 16 before their 2-1 win at Dynamo Kyiv and the result secured the German champions first place in the group.

Robert Lewandowski with an overhead kick and Kingsley Coman scored the goals for a threadbare Bayern squad missing nine players, with seven unavailable because either they tested positive for coronavirus or were unvaccinated and had contact with a positive case.

Meanwhile, all four teams in Group G are separated by three points and could still qualify heading into their last games after wins for Lille and Sevilla over Salzburg and Wolfsburg, respectively.

Lille moved top of their group after Canada striker Jonathan David scored his 12th goal of the season to seal a 1-0 win over Salzburg.

Sevilla jumped into third place, above Wolfsburg, with a 2-0 victory over the German team thanks to goals by Joan Jordan and Rafa Mir.

In the final round of games, Wolfsburg host Lille and Salzburg are at home to Sevilla.

Energized by a change of manager and another opportunistic finish by Cristiano Ronaldo, Manchester United qualified for the knockout stage of the Champions League with a game to spare on Tuesday with a 2-0 win over Villarreal.

United was led for the first time by Michael Carrick following the weekend firing of Ole Gunnar Solskjaer and, just like his predecessor, the interim manager was left to be thankful for a goal by the Champions League’s record scorer.

More joy was to follow as Atalanta’s wild 3-3 draw at Young Boys meant United cannot be displaced as group leader courtesy of their superior head-to-head record against Villarreal.

Atalanta, who are a point further back, grabbed a point thanks to Luis Muriel’s 87th-minute free-kick with his first touch after coming on as a substitute.

Defending champions Chelsea, also advanced on the back of a 4-0 win over already-qualified Juventus, who slumped to their heaviest-ever loss in the Champions League. With Liverpool also qualified and Manchester City likely to join them, the Premier League will again be well represented in the knockout stage.