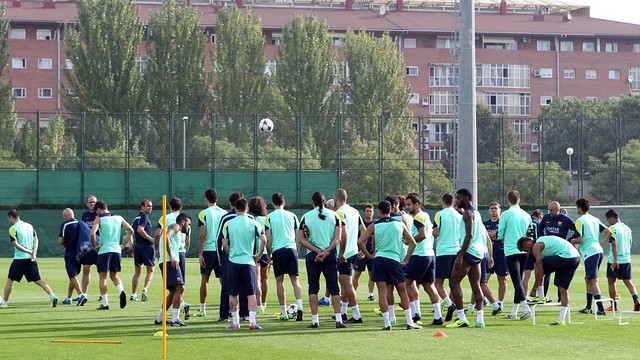 Barça players based in Spain will report back on Monday evening

First team manager Tata Martino outlined the schedule for the festive season at a press conference on 17th December.  He explained that the players based in Spain would resume training on 30th December in the evening, with the exception of players called up by the Catalonia national squad, who would train in the morning.

Meanwhile, the foreign players (except for Adriano and Jonathan Dos Santos, who have remained in Barcelona) will join the rest of their team-mates on 2nd January for a double training session.

The bulk of the squad will therefore be available for the first session on Monday at 8 pm.  They’ll be back on Tuesday morning, New Year’s Eve, before having a rest on New Year’s Day.  From the 2nd, Tata Martino will have a full squad at his disposal to prepare the match against Elche in the Camp Nou (5th January, kick-off 5 pm).

On Friday 3rd at 11 am, fans will be able to watch the traditional open training session in the Miniestadi.  Following this, the players will visit children in local hospitals.