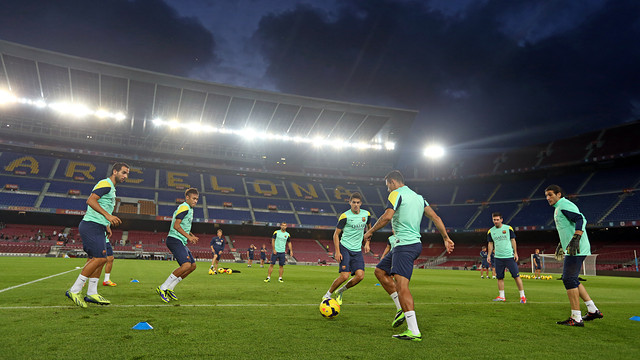 Martino has called up all available squad players except for Cuenca and Oier.

As expected, Piqué trained with the rest of the squad this Friday

Tata Martino has called up 20 players for his first Clasico in charge of the team. The Argentinean has called up all the available squad, with the exception of Cuenca and Oier, whilst Jordi Alba, Dos Santos and Afellay are all out injured.

Gerard Piqué is in the squad, after he rejoined the squad for training on Friday evening. Piqué had trained apart on Wednesday and Thursday with a slight thigh strain picked up on Tuesday night.

This Friday’s session was held at the Camp Nou and the first 15 minutes, which was open to the media, was attended by a large number of journalists.

The squad will be spending Friday night at the Princesa Sofia Hotel ahead of Tomorrow’s 18.00 kick-off.