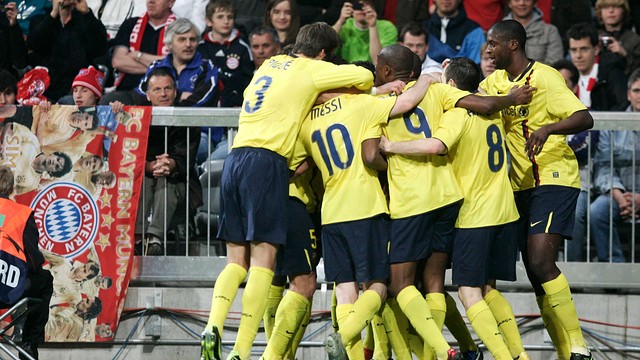 On recent visits to Germany, Barça have won five, drawn three and lost none of their matches

German clubs traditionally make for tough opponents, but Barça, who are away to Bayern Munich on Tuesday night, have a good record in the country this century. In fact, they haven’t lost any of their last eight matches played away to Bundesliga clubs, having won five and lost three. The four most recent meetings were all in the knockout stages of the Champions League, and the four before that came in the group stages of the same competition. Their most recent visit to Germany was a year ago, when they beat Leverkusen.

The following are the results of Barça’s last eight official games in Germany, all in the Champions League:

We have to go all the way back to 2001/02 for the last time FCB lost in Germany, against Bayer Leverkusen in the UCL group stage (2-1). Since then, Barcelona have never lost to a German club, with an impressive record, home and away, of 14 wins and 3 draws.

All of the above may sound like wonderful news, but on a less positive note, Barça’s record away to the club they play on Tuesday, Bayern Munich, reflects the fact that the Bavarians are one of the strongest forces in the continental game. Barça have never won an official match away to Bayern. They drew there in the UEFA Cup semi finals in 95/96 and also in the second leg of the Champions League quarter finals of 2008/09. On their last visit to Munich, they lost. That was in the 98/99 group stages.