Barcelona defender ?Samuel Umtiti could be on the treatment table until 2019 with a knee injury which may be more serious than first thought.

Umtiti had been nursing knee pain for a while but he played Barcelona’s first six La Liga matches nonetheless. However, he decided that he could no longer continue without treatment and was ruled out of action for the foreseeable future.

The injury of Umtiti is not evolving as expected and the club are seriously afraid that he will not be able to play until at least the beginning of 2019. [sport] pic.twitter.com/cOZhZBYGqq

The pain stems from a problem with the cartilage in Umtiti’s left knee, for which there are two possible solutions. The first is surgery, but ?Barcelona are opposed to this. The second,

Umtiti missed Barcelona’s league matches against Athletic Bilbao and Valencia, as well as the Champions League tie with Tottenham, and ?Diario Sport claims that Barcelona doctors are concerned he could be sidelined until the new year.

The regenerative treatment is not going as successfully as hoped, but reports in France have denied that Umtiti requires surgery. Obviously, Umtiti has not been called into Didier Deschamps’ latest France squad. 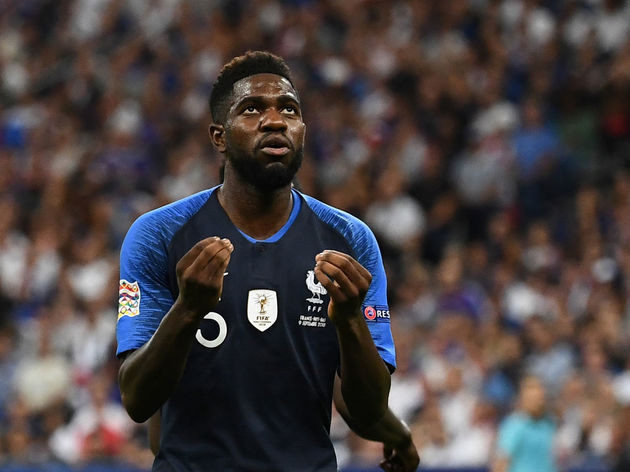 Further tests will be necessary before an exact length of absence can be determined, but it is certain that Umtiti will miss Barcelona’s next three matches against Sevilla, ?Inter and ?Real Madrid.

In Umtiti’s absence, Barcelona’s winless run in La Liga has extended to four matches but they are only one point below Sevilla at the top of the league table.