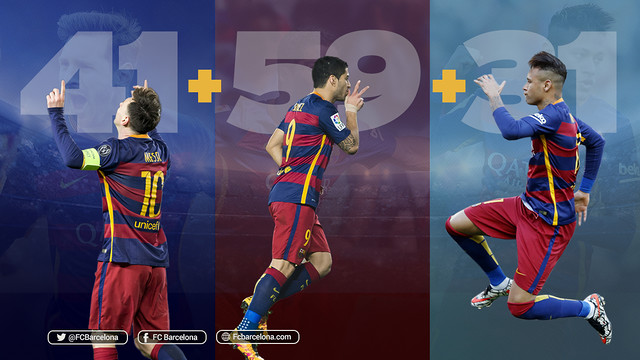 The trident of Messi, Suárez and Neymar Jr ended the 2015/16 with a stratospheric 131 goals between them – even more than the already incredible tally of 122 that they racked up the year before. The best just got even better and the Argentinian, Uruguayan and Brazilian can now look back on two seasons in which their goals helped their team to win seven out of nine possible trophies.

They had already equalled the previous campaign’s figure by the time of the 6-0 defeat of Sporting, and have added a further nine since, rounded off with Neymar’s late goal against Sevilla to secure Barça’s 28th cup title.

The trident’s goals make up a huge chunk of the 177 that the team has scored in total this term, and they’re divided as follows: Suárez (59), Messi (41) and Neymar Jr (31). But this trio don’t just put the ball in the back of the net. They also help others to do likewise, as their respective assist counts for the season show: Messi (23), Suárez (22) and Neymar Jr (20).

It had seemed impossible that the 122 goals scored by the three South Americans could ever be bettered. That year, the Barça trident dwarfed the 100 goals scored by Messi, Eto’o and Henry in 2008/09 and also surpassed the all-time record of 118 notched by Real Madrid’s Cristiano Ronaldo, Benzema and Higuain in 2011/12.

Impossible? It would seem that where these three players are concerned, that word doesn’t exist 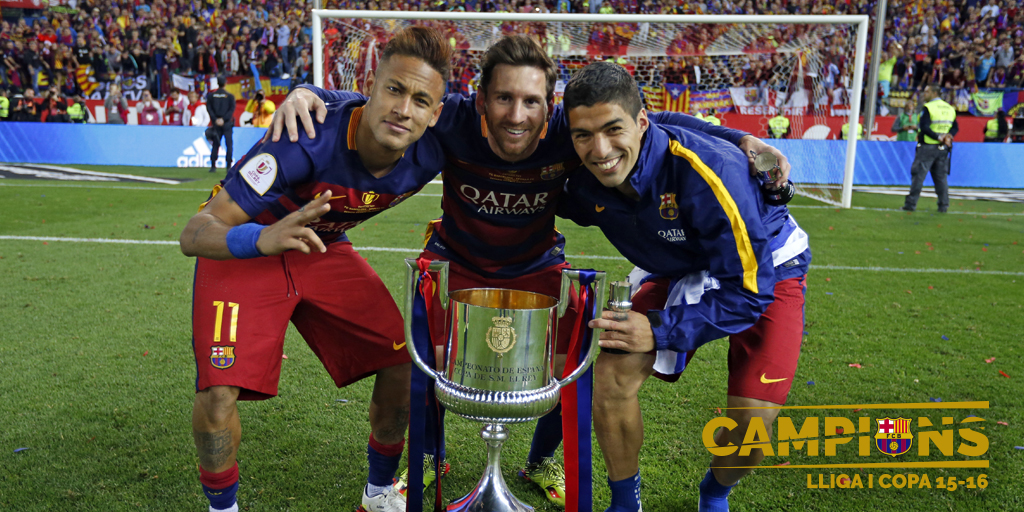