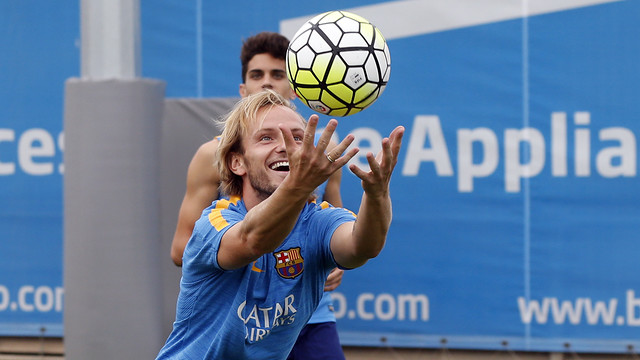 The first team have completed their first double session of training this Friday since returning from the United States. After working with 25 players earlier in the day, 23 players were present in the session later on Friday.

Thomas Vermaelen missed the morning session due to the birth of his child but returned for the later session and was received with applause from his team mates. In contrast Jérémy Mathieu was missing due to a cold. Samper and Gumbau also were absent in the second session of the day with both players rejoining Gerard López’s B squad. The injured Douglas and Arda Turan continued with their respective recoveries from injury.

The team will train once again on Saturday at 9.30am CET in what will be their final session before heading off to Italy for Sunday’s clash with Fiorentina in the Artemio Franchi Stadium.