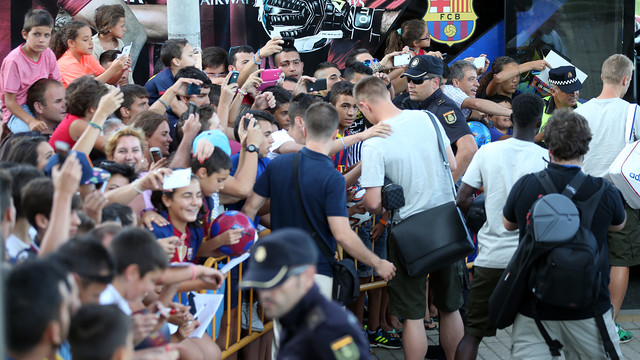 Barça kicked of its 2014/15 season this Saturday at the Colombino Trophy against Recreativo de Huleva. The team managed by Luis Enrique made the trip to Andalusia on Saturday morning, and defeated Recreativo that evening by 0 to 1. The Barça players were received warmly both at the team hotel and at the stadium.

This 12-minute video give a close account of Barça’s first game of the season.