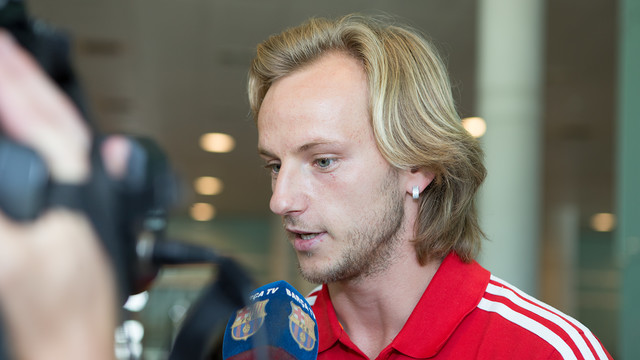 Ivan Rakitic enjoyed his first day as a blaugrana on Monday, June 30 of 2014. It was a very intense day for the Croatian. At midday he bid farewell to the Sevilla fans and by 7:20 PM CET he landed in Barcelona. The first thing he did was speak with Barça TV and fcbarcelona.com.

Upon his arrival, he continued on to the Club’s installations at the Camp Nou to pose for the official photograph with the FC Barcelona crest.

The player will be officially presented as an FC Barcelona player on Tuesday.