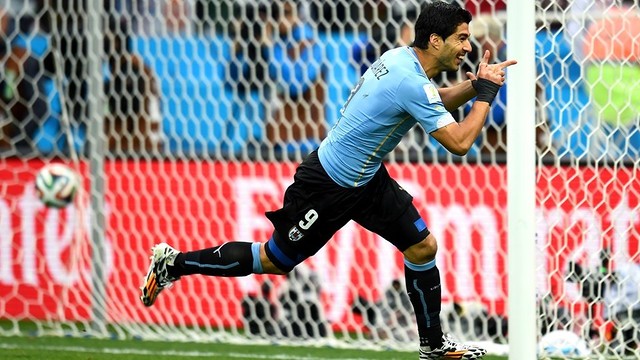 Luis Suárez brings even more goalscoring potential to FC Barcelona. The current holder of the Golden Boot completes one of the most lethal forward lines ever assembled in world football.

Last season, the Uruguayan topped the goalscoring charts in the Premier League with 31 goals, and that was despite starting the campaign late due to suspension. Only Cristiano Ronaldo, with whom he shared the Golden Boot, was able to match him in Europe. And now that he’ll be playing alongside Leo Messi and Neymar, Barça can boast an attack that is sure to strike fear into defences throughout the continent.

Leo Messi was the third top scorer in Europe last season and second in La Liga with 28 goals (41 in all competitions) to keep his team in contention for the title right up to the final day. Despite missing a large chunk of the season through injury, the Argentinian still managed to be one European football’s top scorers.

Neymar was adapting to life in Europe last season, and also had to cope with injury woes, but still found the target nine times in the domestic championship, and 15 times in all competitions. As part of this incredible trio of strikers, he is sure to score even more in his second season at FCB.

In total, the trio scored 68 league goals last season, which means that there is plenty to look forward to at the Camp Nou next season. The goals are guaranteed, and those goals will surely place Barça among the favourites to win back the titles that went missing last term.