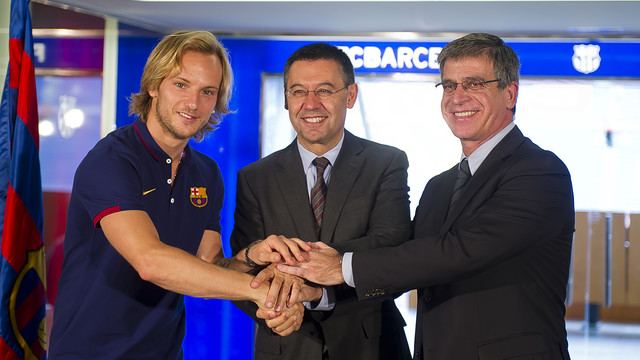 26-year-old Ivan Rakitic is officially a Barça player after signing his new five-year contract with the Club at the Camp Nou this morning . The Croat passed his medical at the Ciutat Esportiva before signing the contract in the presence of Club President  Josep Maria Bartomeu, Vice-President Jordi Mestre mily who accompanied him all morning..

In the official photo at the signing, Rakitic revealed he’d be taking the number 4 shirt in the squad, following in the footsteps of players such as  Ronald Koeman, Josep Guardiola, Patrick Andersson and  Rafa Márquez.