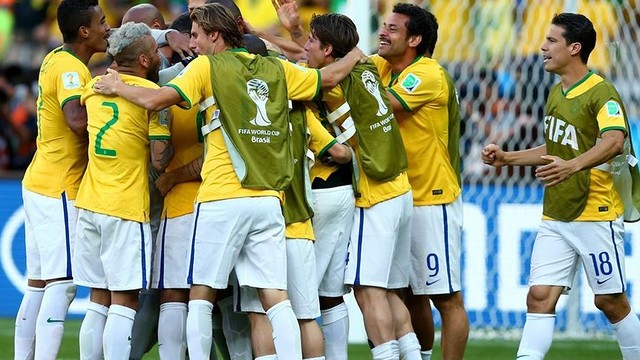 Brazil face Germany with a place in the World Cup Final at the Maracanà at stake, but they do so without the injured FC Barcelona star

The Brazil 2014 World Cup is reaching its climax, and after almost a month of quality football, the first of the two finalists is about to be determined. The host nation faces Germany for the right to join either Holland or Argentina in the Maracanà next Sunday.

But the Brazilians have two major absences to deal with. One is Neymar Jr, who fractured a vertebra in the quarter final against Colombia and has been taken home to begin his rehabilitation. He has lost all hope of playing in the final, should his side qualify. Also missing, this time through suspension, is captain and key defender Thiago Silva.

The road to the final

Brazil made it this far by first winning Group A ahead of Mexico, Croatia and Cameroon, and then beating Chile on penalties and Colombia 2-1 in the last eight. Until now, Neymar has been their most outstanding player, scoring four goals, providing one assist and winning two Man of the Match awards. With the striker out of action, the only FCB representative in Belo Horizonte will be full-back Dani Alves.

Germany, meanwhile, have set a new record by qualifying for their fourth consecutive World Cup semi-final. Managed by Joachim Low, they have been living up to their billing as potential winners, having won Group G with seven points from games with Portugal, Ghana and the USA. In the knockout stages, they needed extra time to see off Algeria, and then beat France 1-0 in the quarter finals. Thomas Müller has been the star of the German show with four goals.

Brazil have the historical edge over Germany with 12 wins, 5 draws and just 4 defeats. Although these are two of the traditional World Cup giants, they have only met once before in the competition, the 2002 Final, won by the South Americans. Brazil are chasing a record sixth world title, while the Germans are looking to equal Italy’s tally of four. The second semi-final, between Holland and Argentina, is being played on Wednesday.