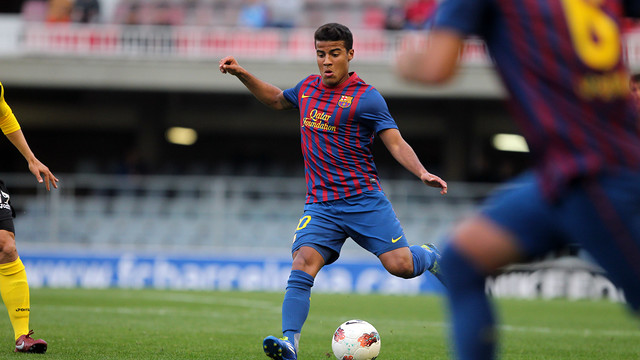 Rafinha Alcántara is about to embark on his first season with FC Barcelona as a fully-fledged member of the senior squad after making a number of appearances previously.  On Tuesday, he posed with the shirt for the first time.

The player is back at the Club after spending a year out on loan to Celta.  Take a look at this video featuring his exploits in the youth teams and you’ll see just why they were so keen to have him.