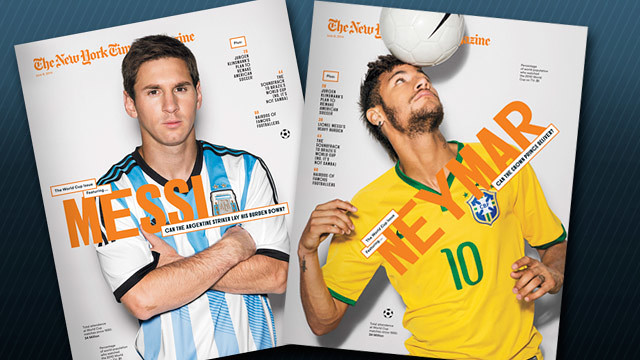 Leo Messi, Neymar Jr and Andrés Iniesta are three highlighted players in The New York Times Magazine special World Cup edition, which will hit the stands on June 8. The North American publication selected the three FC Barcelona players, among others, for a photo and video shoot to highlight the 2014 World Cup in Brazil.

In addition, Leo Messi, Neymar and Cristiano Ronaldo will feature on the cover of The New York Times this week. Starting this Sunday, the NYT website will publish the videos of the Barça players from the aforementioned shoot, while the photos and the write-up on each player will be available in print.