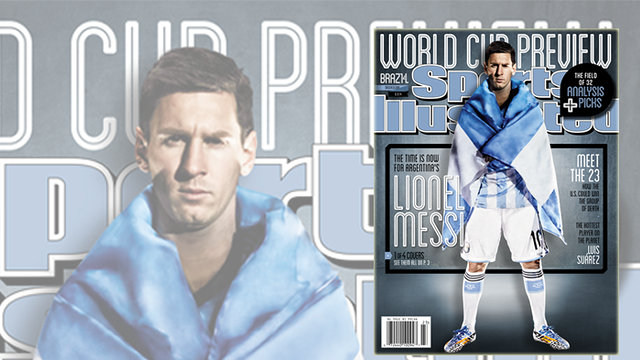 Sports Illustrated, one of the most prestigious sports publications in the world, turns its focus on the big-name players of the upcoming World Cup in Brazil.

Among them is Leo Messi, who will headline the edition of the magazine that will go on sale this Wednesday in the United States. Other players featured include Liverpool’s striker Luis Suárez, United States captain Clint Dempsey, and Real Madrid forward Cristiano Ronaldo.