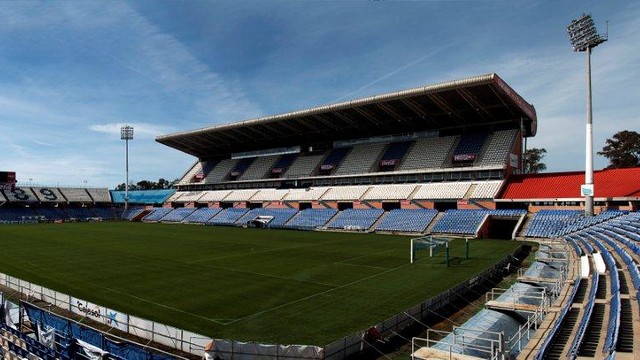 Luis Enrique’s Barça now know the date of their first competitive game. Recreativo de Huelva will be FC Barcelona’s first pre-season opponents, who they will play against in the Colombino Trophy tournament, on the 19th of July, at 10p.m. in the Nuevo Colombino stadium. This game is one of the main events in the celebrations of the 125th anniversary of the Andalusian club and also coincides with the fiftieth edition of this trophy, one of the classics of the Spanish football pre-season.

The Barça squad will go to the Nuevo Colombino with the first team players who have begun training on the 14th, which means those who have not played in the World Cup in Brazil. In addition, it’s expected that some players from Barça B will be included, who will also begin training around that time, to make up the team against Recreativo, who will have begun preparing for the season on the 11th.

This will be the third time that Barça will have played for the Colombino Trophy, a trophy that up to now they haven’t won. The first Barça match in this tournament was in 1981, where they lost 2-1 to Athletic Bilbao in the Final, after beating Recreativo in the semi-final. Five years later, in 1986, they returned to play in the Colombino, but lost to Manchester City in the semi-finals, in a penalty shoot-out.

As for Recreativo, they are the club with most silver caravels in their trophy cabinet, winning their latest, and eleventh, trophy in 2010.

Founded in 1889, Recreativo de Huelva is the oldest club in Spanish football. Currently they are playing in the Second Division, and last season finished eighth in the table. The last time that Barça and Recreativo played each other was in the 2008-09 season, at the Camp Nou, in a La Liga match that Barça won 2-0, and subsequently went on to win the League Title.