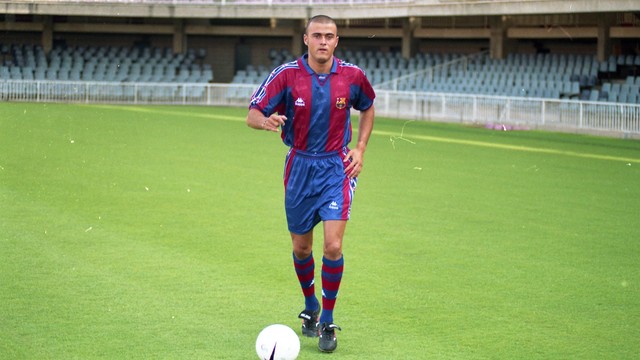 On May 27, 1996, the now manager of FC Barcelona became a first team player

18 years ago today Luis Enrique signed for FC Barcelona. On May 27 1996, the now manager of the first team signed a five-year contract with the Club, until 2001. Lucho, a Real Madrid player between 1991 and 1996, ended up playing for FC Barcelona for eight years, until 2004.

When Luis Enrique signed his contract, he stated: “I’m satisfied. In this case there were no problems because the player and the Club wanted the same thing. Everyone is happy.”

Nearly two months later, July 23, he was officially presented as a new FC Barcelona player along with Juan Antonio Pizzi, the current manager of Valencia. Both players featured in the European Championships in England.

The following two photos are the front covers of Mundo Deportivo and Sport on May 28 1996: 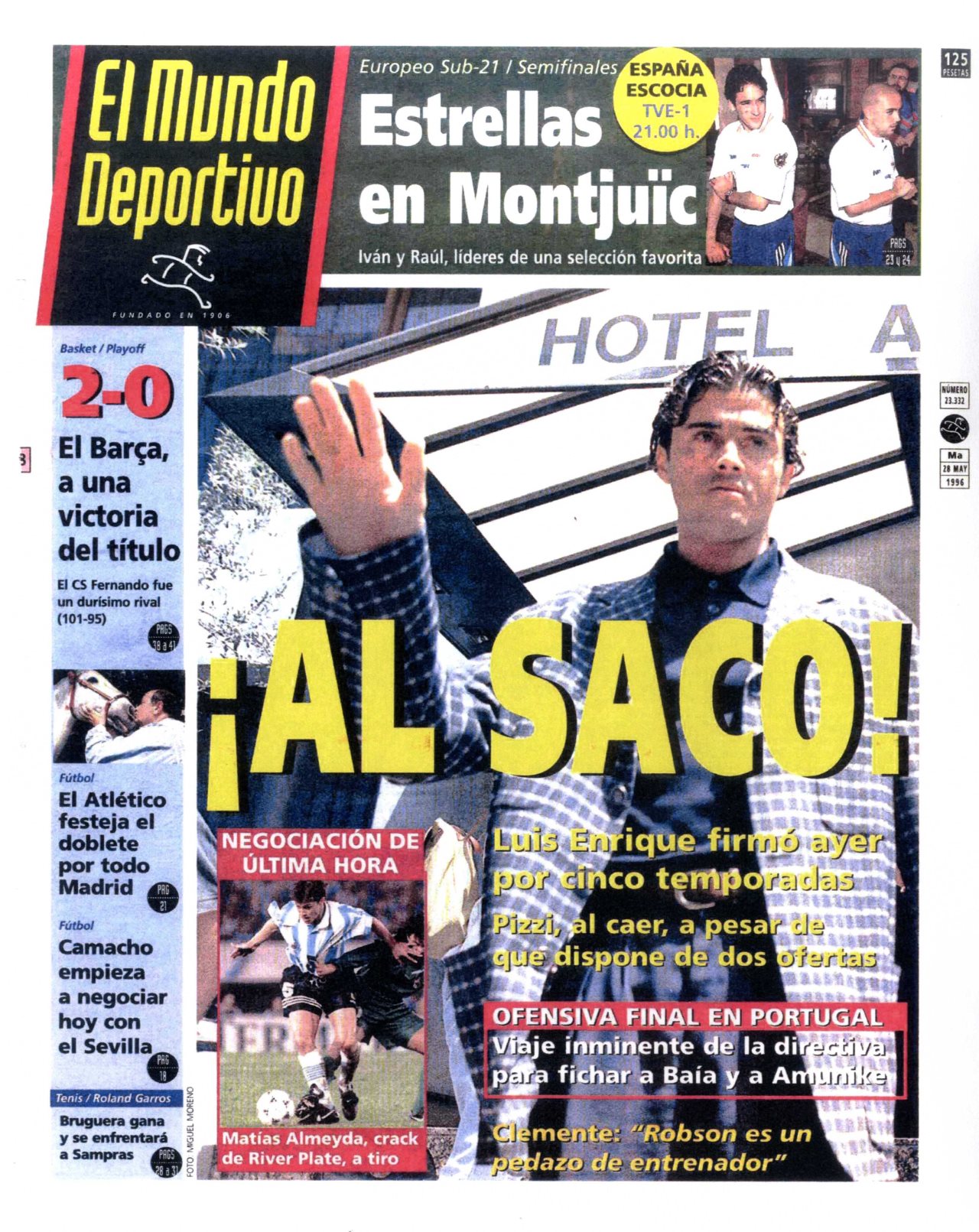 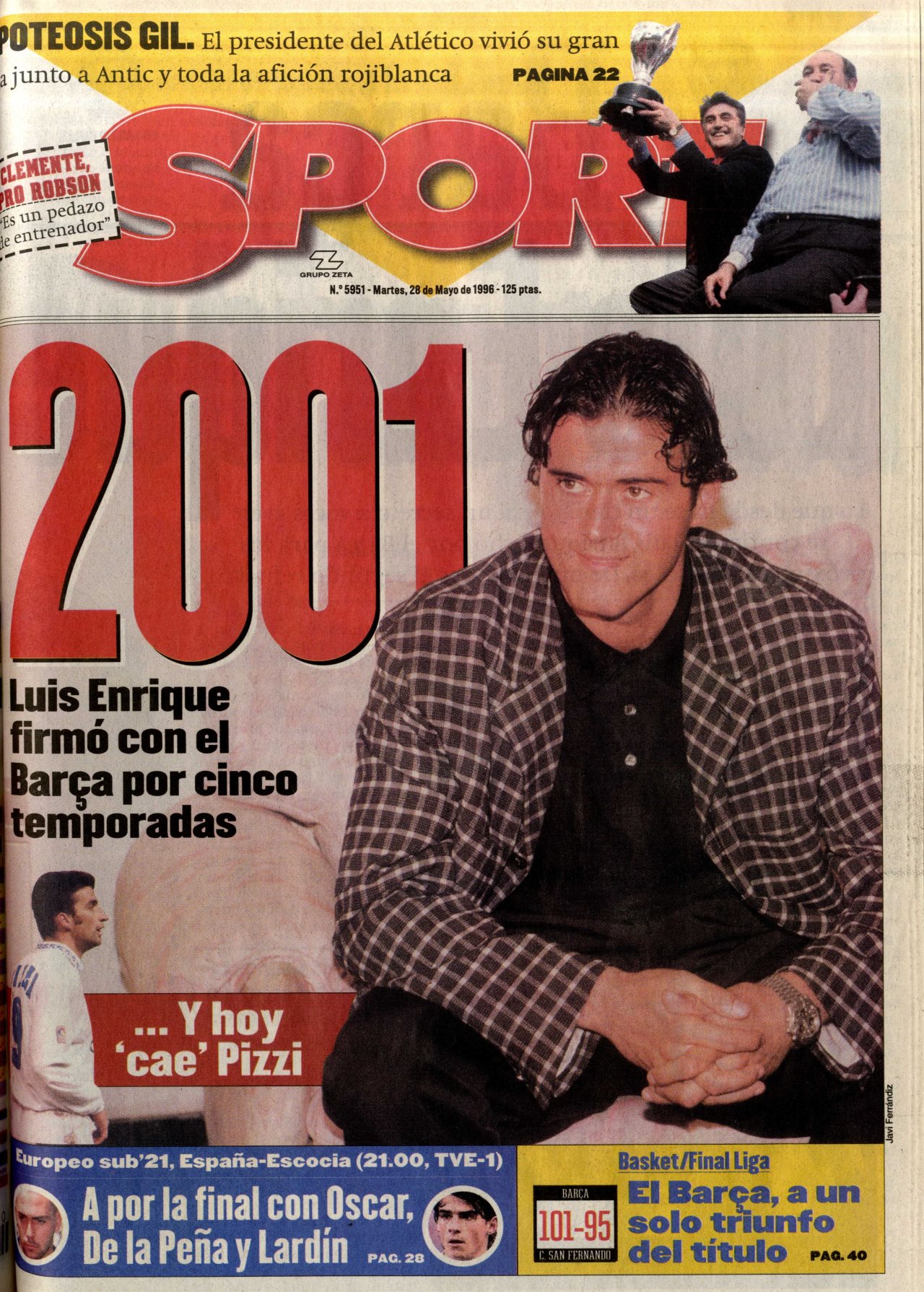