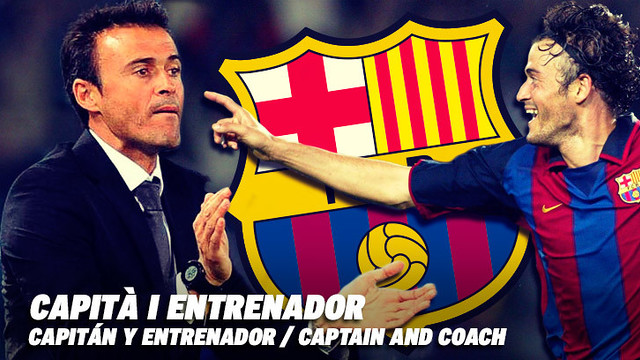 Nogués, Samitier, Kubala, César, Rifé, Cruyff and Guardiola have all made the move from ex-captains to first team coach

Only Guardiola has previously been captain, B team coach and first team manager

Luis Enrique will be the eighth Club captain to become first team manager, joining a select group made up of José Nogués, Josep Samitier, Ladislau Kubala, César Rodríguez, Joaquim Rifé, Johan Cruyff and Josep Guardiola. Kubala is the only one of the group to have managed the side on two separate occasions.

Fifth B team manager to move to first team

Luis Enrique joins Josep Guardiola as the only manager to have both captained the side and managed the B team, with Josep Seguer, Laureano Ruiz and José Luis Romero having managed both sides, but never captaining the first team.