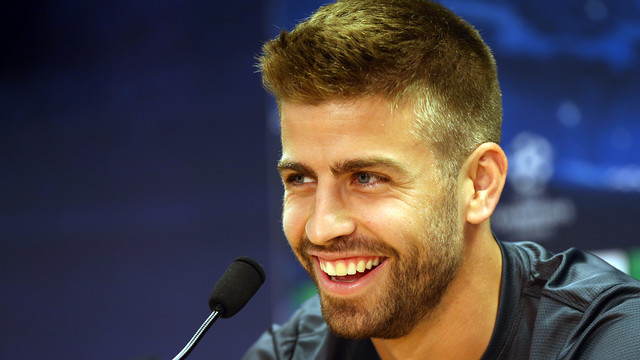 Piqué’s contract, which runs until the end of next season, has been extended for four more seasons

FC Barcelona would like to announce they have reached a deal with Gerard Piqué to extend his contract, which runs out on 30 June 2015, for a further four years. The new contract will keep Piqué at the Club until the end of the 2018/19 season and will be signed within the next few days

After coming up through the academy system, Piqué spent three years with Manchester United and another season with Zaragoza before returning to Barça in 2008, coinciding with the start of the Guardiola era. Over the next six seasons, Piqué played 266 games scoring 20 goals and winning a title of 16 titles.

Piqué has had some unforgettable moments at Barça, such as his goal in the historic 2-6 win at the Bernabeu and this season he scored Barça’s goal number one thousand in international games.