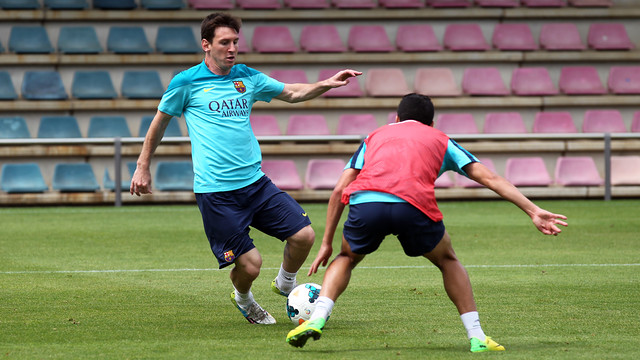 Dani Alves and Dos Santos all trained normally ahead of the trip to Elche, while Xavi exercised alone

Barça will be at the Martínez Valero, home of Elche, on Sunday evening at 7.00 PM CET. Three days before that crunch encounter, and boosted by the amazing news that the title hopes have been revived by Real Madrid’s draw in Valladolid, Gerardo ‘Tata’ Martino and his players trained this morning. Xavi Hernández, who joined in with part of Wednesday’s session, worked out in isolation.

The venue was pitch 1 at the Ciutat Esportiva Joan Gamper, with all of the available players involved, including Dani Alves and Dos Santos, who are both back to their normal routines. The session also included Denis Suárez of Barça B.