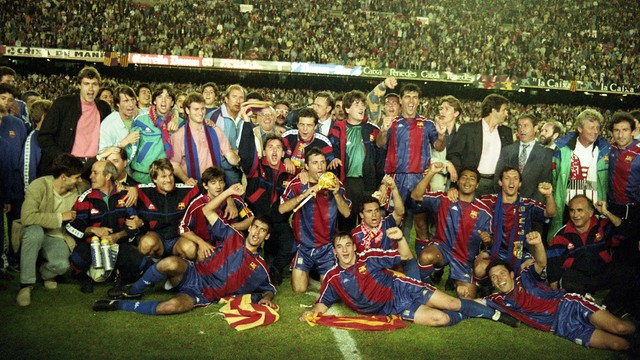 If Barça defeat Atlético Madrid, the Blaugrana will win their second league title in the last match of the season in five years

The final match day of the season promises to be a nail-biter. The Barça-Atlético match at the Camp Nou will decide the champion of the 2013/14 La Liga competition. It’s an ending to the season that is reminiscent of past seasons.

FC Barcelona claimed La Liga title in the last match of the season on nine occasions in Club history. The first time it happened was the debut season of La Liga, in 1929. Barça defeated Arenas de Getxo by 0-2 and won the title.

Fast forward 18 years. Barça conquered the 1947/48 league crown when goals from Seguer, Badenes and Valle were enough to defeat Athletic Club at Les Corts (3-0). One year later history repeated itself, this time against Espanyol, when Barça won 2-1 thanks to a brace from César.

Two years later, in the 1952/53 season, Barça won the title in the last match, again against Athletic Club (3-2). On that day Moreno, Kubala and Bosch scored – Valencia finished second. The same thing happened at the end of the decade, 1959/60, when a 5-0 against Zaragoza secured the league title for the first time since 1974.

Four times in the last 22 years

Barça didn’t win anymore La Liga titles int he last round of the competition for the next 32 years. The long wait, however, ended in the 1992 and 1993 seasons. Barça defeated Athletic Club (2-0) and Real Sociedad (1-0), respectively, and Madrid lost both years in the final round to Tenerife.

One year later, in 1994, it happened again. This time, just like in the previous two seasons, the final match day was hear-stopping. A missed penalty by Djukic (Deportivo) in the final minute of the match against Valencia, combined with Barça’s victory over Sevilla at the Camp Nou (5-2), gave what is now known as Joahn Cruyff’s Dream Team their fourth consecutive La Liga title.

FC Barcelona would go on to win five league titles through 2010, the last of which was won in the final game of the season. On that occasion, a 4-0 over Valladolid, with goals from Luis Prieto (og), Pedro and Messi (2), secured the title for Barça. Will Barça do it again this Saturday?