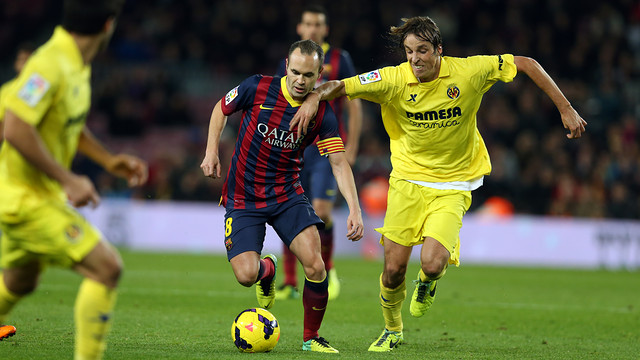 9:00 pm CET: Barça, in mourning of the loss of Tito Vilanova, play away to Villarreal

FC Barcelona sustained one of the most painful blows the Club has ever taken in its more than 100-year history when news of Tito Vilanova’s death was made public. The man who was supposed to lead this team this season. The man who led FC Barcelona last season to the league title with a haul of 100 points. The man who assisted Pep Guardiola in the memorable era from 2008 to 2012.

His players will feature in against Villarreal with the hopes of continuing in the fight for the league title. They are struggling in this delicate moment, but they’re obliged to win away at El Madrigal in order to keep Atlético Madrid and Real Madrid within striking distance. As Tito would say, “seny, pit i collons.”

The coaching staff have called up 18 men for the game against Villarreal. Barça return to El Madrigal without Sergio Busquets, who is suspended for a game. On the other hand, Carles Puyol is still recovering from injury, as are Valdés, Alba, Dos Santos, Neymar and Cuenca.

Villarreal have practically qualified for European play next season. They are seventh – the last spot for direct access to the Europa League – and they have a seven-point advantage over the eighth-placed team. Manager Marcelino García Toral might not be able to call on Uche, one of his best strikers.