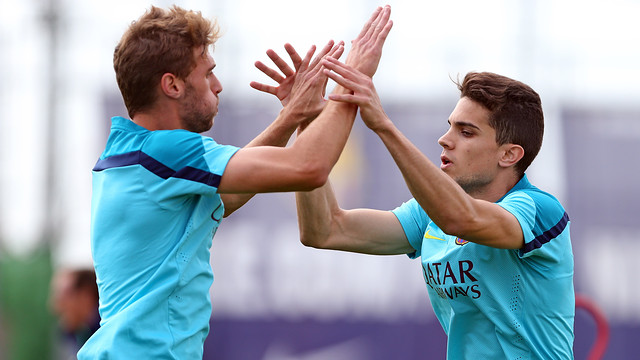 FC Barcelona returned to training this Tuesday at the Ciutat Esportiva. The men managed by Tata Martino enjoyed a day off on Monday after having defeated Athletic Club on Sunday, and now they are focused on their upcoming match against Villarreal, which will be played at El Madrigal next Sunday at 9:00 PM CET. Javier Mascherano, who completed the match against Athletic with issues in his calf muscles, trained apart from the group. It’s worth noting that the player is not injured.

Puyol, Piqué, Neymar, Jonathan Dos Santos and Jordi Alba, all of whom are injured, also trained apart from the group. Barça B’s Sergi Gómez, however, trained with the first team.