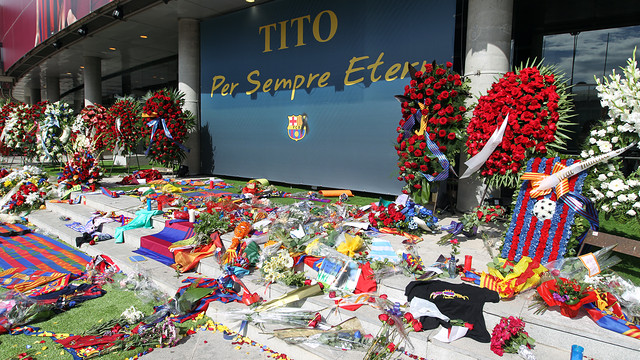 At 5:00 pm CET more than 9,880 individuals visited the Camp Nou to say goodbye to the late manager, among them Artur Mas, president of the Generalitat, and Barcelona mayor, Xavier Trias

The respectful silence, only broken by the classical music playing in the background and the sound of the cameras from the gathered press, accompanied President Josep Maria Bartomeu, vice-president Jordi Mestre, first team captains Carles Puyol, Xavi Hernández, Víctor Valdés and Andrés Iniesta, football director Andoni Zubizarreta, manager Tata Martino and the rest of the first team players and the Board of Directors as they congregated to bid farewell to the late Tito Vilanova.