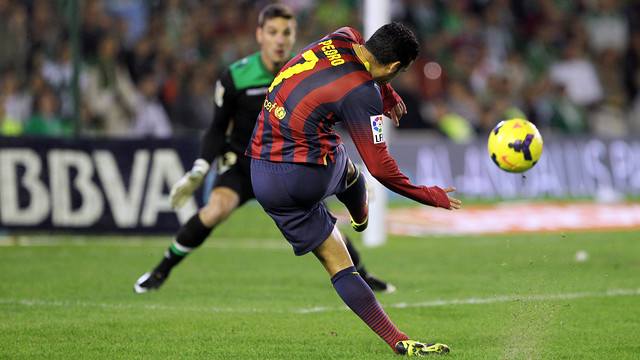 La Liga takes a new step forward this weekend. Atletico, Barça, and Real Madrid, the three teams fighting for the title, all play their matches on another hectic Saturday. Most importantly for Barça fans, though, is that they are back at the Camp Nou. Gerardo Martino’s players need to get the three points to keep depending on themselves, on a day marked by the voting on the Proposal for the New Espai Barça.

Whilst the Club members decide the future of the Camp Nou and the Palau Blaugrana, FC Barcelona have to win against Betis, currently bottom of La Liga Table. Martino has called up 19 players to the squad, which includes Carles Puyol, but not the injured players Valdés, Dos Santos, Piqué and Cuenca, nor Afellay,  for technical reasons, nor Jordi Alba, who is suspended.

The match at the Camp Nou may well have a say in the Barça and Betis options regarding the Title and Relegation, respectively.  With both teams desperate for a win it can’t be ruled out that we might see a game with a lot of goals, just like over the last few years.