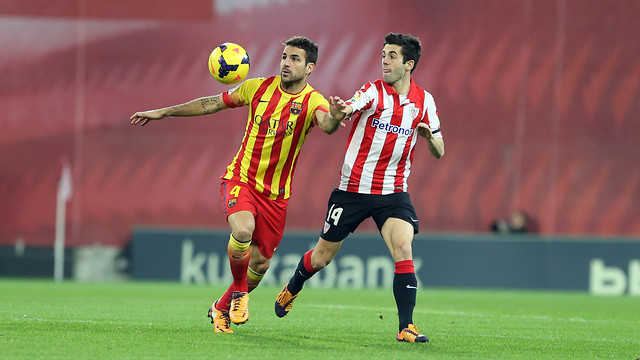 On Sunday FC Barcelona host Athletic Bilbao, who haven’t lost on the road since January 5

Camp Nou is the venue for the game of the coming weekend (9.00 PM CET), as third placed FC Barcelona face fourth placed Athletic Bilbao, who have been exceptional away from home this year.

In total, Athletic Club have six wins, five draws and five losses in away league fixtures, while at home they have registered 12 wins, 3 draws and 2 defeats, enough to put them in contention for a place in next season’s Champions League qualifying round.

The side managed by Ernesto Valverde are six points ahead of their nearest challengers, Sevilla, and need points at the Camp Nou to maintain that relatively comfortable position. But the ‘Lions’ will be missing the injured Ekiza, Gurpegui, Ibai and Kike Sola, and the presence of Mikel Rico is still in doubt.

But the Camp Nou is not a happy hunting ground for Bilbao, who have lost on 21 of their last 25 visits to the FCB stadium. They haven’t taken all three points there since a 2-1 win in 2001/02, during Valverde’s earlier stint on the Bilbao bench.