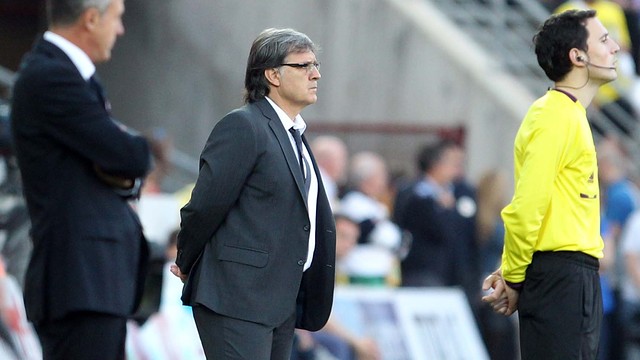 “This is a match that we should have won. The rotations have nothing to do with the result,” said the manager

In the post match press conference after the game against Granada, Gerardo Martino said that “we no longer depend on ourselves to win the league title” and that the team “did everything possible” to fight back. In addition, the Argentinian manager was clear that “I don’t have any complaints for how my players played” and that “this is a game that we should have won.”

“We didn’t score the goals we needed to win, we lacked accuracy. In a normal game we would have won by three or four goals,” said the manager, who was clear that his men will not give up in pursuit of the league title: “We shouldn’t confuse sadness after a defeat with giving up on a competition.”

Barça’s next match will be the final of the Copa del Rey, in Valencia, against Real Madrid. “After the two defeats the players feel as though something important has been lost, but the game on Wednesday is a final and we have to win it,” said Martino.