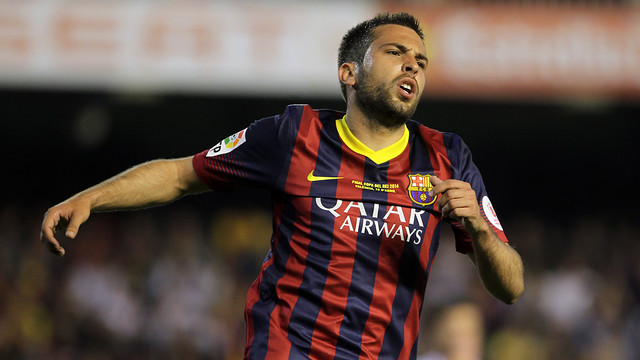 Jordi Alba picked up an injury in the first half of the Copa del Rey final against Real Madrid, and he was subbed off at the break for Adriano. Initial tests confirm that the player sustained an injury to his biceps femoris in his right leg. He will undergo additional tests this Thursday.

This isn’t the first injury the player has picked up this season. In Round 4, against Sevilla, he picked up a similar injury in the same leg, and when he was practically recovered, he injured his left leg. He missed a total of 16 matches.