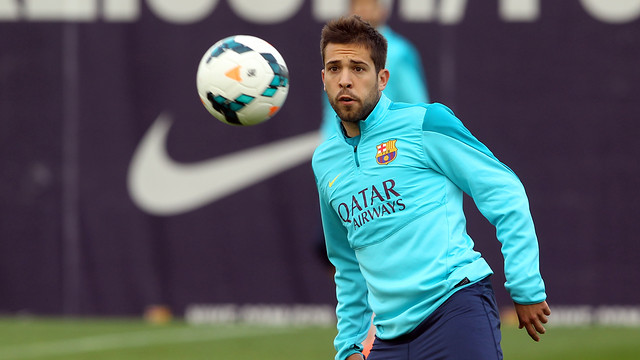 Following Champions League defeat to Atlético Madrid, it was back to work this morning for the FC Barcelona players

They have Saturday’s important trip to Granada to think about

Barça were back at work on Thursday morning following the disappointment of 1-0 defeat at the Vicente Calderón, which has put an end to this season’s European adventure. Now it’s time to pick up the pieces and soldier on, for there is a crunch Liga fixture on Saturday at 8.00 PM CET away to Granada.

The players that started last night went through the usual recovery routine at the Ciutat Esportiva Joan Gamper. Carles Puyol, continued doing specific exercises for his injury, while the reserve team’s goalkeeper Jordi Masip and centre back Sergi Gómez also joined the session.

Barça will train again on Friday morning, after which Gerardo Martino will announce his squad for the weekend fixture and will give a press conference.