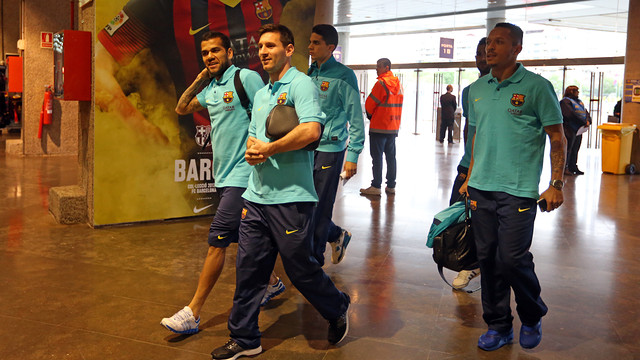 FC Barcelona beat Athletic Bilbao at the Camp Nou on Sunday night after going behind to an Aduriz goal. First Pedro and then Messi two minutes later turned the game around and kept their team in contention for the Liga title. Here’s a look behind the scenes at the game, from the players’ arrival at the Camp Nou, to the warm-up, the atmosphere in the terraces and commenting on the game once it was all over.