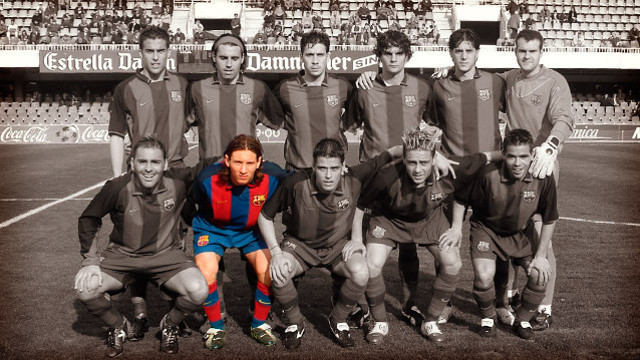 On March 6, 2004, a young Argentinian made his reserve team debut in the Miniestadi against Mataró

Five months earlier, he’d already played in a friendly with the first team

It is ten years today since Leo Messi played his first game for Barça B. That was on March 6, 2004, at the Miniestadi against Mataró, when he was just 16 years old. Barça B won 1-0 and Messi played the full 90 minutes, immediately showing hints of the kind of class that would, not too long after, be causing amazement at the Camp Nou and the biggest stadiums in the world.

Curiously, his reserve team debut came five months he had already appeared for the first team. On November 16, 2003, Messi was included in the side that played a friendly with Porto. His debut in an official match came less than a year later, on October 16, 2004, away to Espanyol.