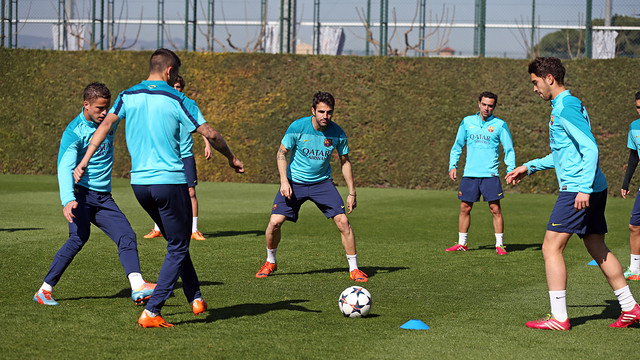 All available players trained, including Pinto, who has been out of the last two games with lumbago

The first team returned to training this Sunday morning, following the league defeat last night at Valladolid.   Tata Martino’s players worked out at 11.00 at the Ciudad Esportiva, where they began to prepare for the return leg of the last 16 tie in the Champions League, this Wednesday, at the Camp Nou, against Manchester City.

All aialable players took part in the seesion, including goalkeeper José Manuel Pinto, who has missed the last two matches because of lumbago. Four players from Barça B also took part: Lucas Gafarot, Pol Calvet, Dongou and Bañuz.