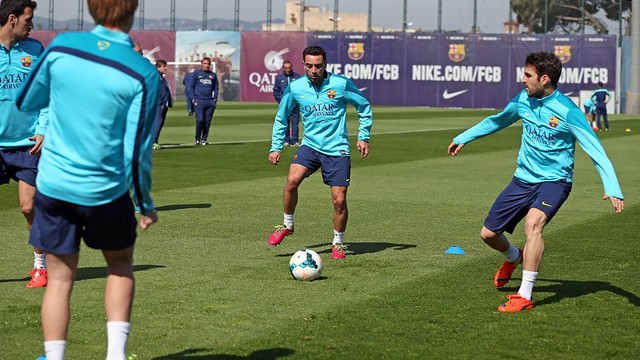 Iniesta trained with the team, while Dos Santos and Puyol did specific exercises

Planas, Masip, Ilie and Patric of FC Barcelona B were also involved

The first team trained on Thursday morning at the Ciutat Esportiva Joan Gamper in what was a recovery session for the players that started the 3-0 win against Celta on Tuesday evening. Andrés Iniesta, who was substituted at half-time, was able to train normally, while Cristian Tello was given special dispensation by the club to be absent this morning.

Gerardo Martino also called on the services of four players from Barça B: Planas, Masip, Ilie and Patric. The injured Jonathan Dos Santos and Puyol worked out in isolation.