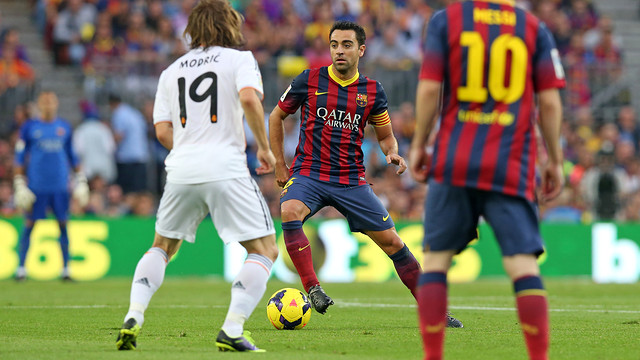 The two most prolific league goal scorers, Real Madrid (77) and Barça (81), go head to head in the Bernabéu

The referee for the match, Undiano Mallenco, has yet to show a red card so far this season

Barça needs to close the four-point gap that separates them from top spot in the league and is obliged to go for a win in the ‘clásico’ this Sunday in the Santiago Bernabéu (9 pm, Canal+1).  Here are some of the background facts to the big game:

• The match also features the two best goal providers in the league: for Barça, Cesc Fàbregas (12) and for Real Madrid, Bale, (11).

• The last time Carlo Ancelotti’s team was beaten was earlier this season in the Camp Nou, thanks to goals from Neymar Jr and Alexis.

• Barça and Real Madrid have the second and third best defensive records in the Spanish league, conceding 22 and 26 goals respectively.  Atlético Madrid tops the ranking, having let in just 21 goals.

• Neymar Jr (61) for Barça and Cristiano Ronaldo (49), for Real Madrid, have suffered the most fouls.

The referee for the match, Undiano Mallenco, has yet to show a red card so far this season