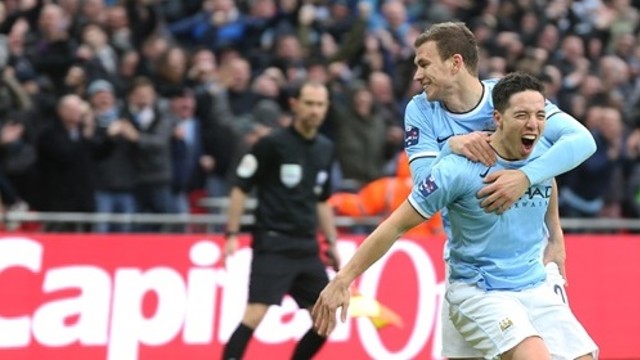 FC Barcelona’s Champions League rival claimed the title thanks to two fantastic goals from Touré and Nasri, and another from Navas

Manchester City defeated Sunderland 3-1 this Sunday afternoon and thus claimed the Capital One Cup. FC Barcelona’s Champions League knock-out round rival fought back from a one-goal deficit thanks to two fantastic goals from Yaya Touré and Nasri. In injury time, Navas netted the final goal of the match.

It wasn’t the best of starts for the Citizens seeing that Sunderland grabbed the go-ahead goal inside the first 10 minutes of play. Borini beat Kompany and fired past Pantilimon for the opener. The team managed Pellegrini looked for the equaliser, but they were denied until after the break.

Both Yaya Touré and Nasri scored brilliant goals in two minutes to give their team the lead (min 55 and min 56). After the goals, Agüero was given playing time after an injury kept him from featuring against Barça in the first leg of the Champions League knock-out round at the Etihad.

The final stretch of the match was relatively comfortable for Pellegrini’s men. The final goal was scored in added time as Jesús Navas scored on the break, and thus secured the first title of the season for Manchester City. FC Barcelona will host the British team in 10 days at the Camp Nou.