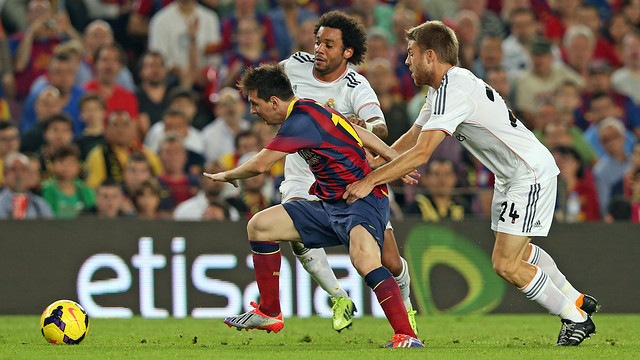 FC Barcelona will visit the Santiago Bernabéu on Sunday 23 March at 9:00 PM CET

The La Liga Clásico, set for round 29 of the competition, will be played at the Santiago Bernabéu on Sunday, 31 March at 9:00 PM CET.

In between the matches against Valladolid and Osasuna, Barça will feature in the second leg of the Champions League knock-out round against Manchester City. The game is scheduled for 12 March at 8:45 PM CET. Madrid will play their second leg against Schalke 04 the following week at the Bernabéu on Tuesday, 18 March.