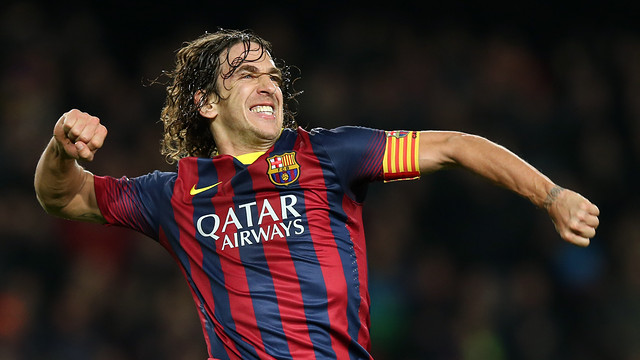 Barça got the better of a plucky Almeria side with goals from Alexis, Messi, Puyol and Xavi

They could have sentenced the game in the first half, but instead left it late to secure the win

It took until the 83rd minute for Barça to secure the three points against Almeria. The eventual 4-1 win could easily have been achieved in the first half, but some great football was only reflected by two goals, and Almeria managed to grab one of their own to add to the drama. The intensity dipped in the second half, and the win was not decided until Puyol bravely stuck home FCB’s third, with Xavi making it four in the final minutes. A win was more essential than ever after the setback at Anoeta, and the 2-2 draw in the Madrid derby was surely the best result Barça could have wished for, and they now find themselves just one point short of the lead.

The evening started well. After just eight minutes, Alexis Sánchez was once again the man to break the deadlock as he extended his excellent goalscoring form this season by pouncing on a rebound off visiting keeper Esteban from a Cesc shot. Barça were playing fast, intense football, and although the finesse was not always there, they looked well in control of the match, especially down the right, where Alves and Alexis were giving full-back Dubarbier a torrid evening.

Leo Messi made his mark with an extraordinary goal from a 24th minute free kick, with the ball curving brilliantly to find the precise sport that Esteban was never going to reach. Barça were well in command, but totally against the run of play, Trujillo was able to knock home a corner for Almeria, and incredibly considering the number of chances that had fallen to Neymar, Messi and Alexis, at half time the Andalusians were still in contention.

Barça had enjoyed 78% of the possession and shot 14 times in the first 45 minutes. In the second, in which they lost some of their rhythm and struggled to create as many chances, things started to get unnerving. Almeria seemed capable of containing the Barça pressure and also started putting Valdés to the test. Barça desperately needed a goal to settle the result, but Neymar missed an easy chance in the 65th minute, and moments later the visiting defence managed to prevent Messi from scoring a near-certain goal.

The Argentinian had had a quiet second half, but burst back into life in the final quarter of an hour. Iniesta came on in the 70th minute, which helped to retain the ball in midfield and generate more ideas up front. And the third goal finally came in the 83rd minute, with Messi out-jumping his marker to head the ball onto the bar, whereupon it fell to Puyol, who volleyed it into the back of the net. The Camp Nou could breathe again and started chanting the captain’s name. And to round off a nervy night, Xavi then scored a stunner from outside of the area to set up the final scoreline of 4-1 and ensure three absolutely crucial points for Barça’s title bid.