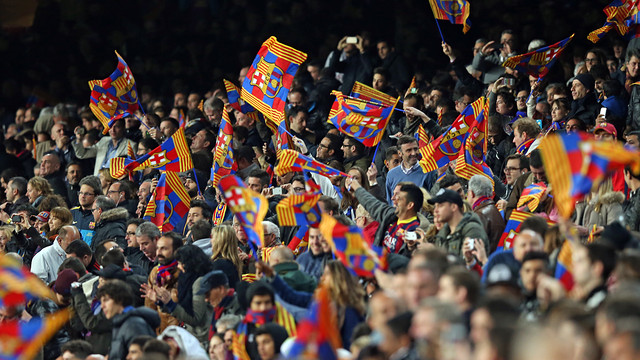 A total of 85,957 fans watched the game between Barça and City from the stands of the Camp Nou

The fans were stood by their team when FC Barcelona needed it most. A total of 85,957 fans were at the Camp Nou to cheer on the team against Manchester City (2-1).

It was the highest attended game for Barça in the Champions League this season, ahead of the game against Milan (80,517) and Ajax (79,412). The only match that attracted more fans was the La Liga game against Real Madrid (98,761).

After the game, manager Tata Martino thanked the Camp Nou faithful: “The fans, for their cheering and attitude, acted marvelously. We felt the fans.”