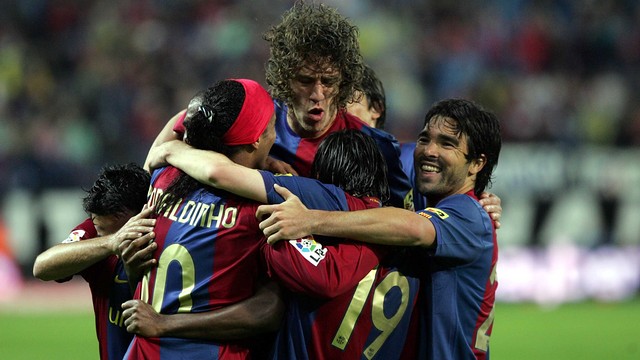 Carles Puyol’s recent revelation that he’s leaving FC Barcelona at the end of the season caused an outpouring of support from fans and fellow players. The most recent voice to join the chorus for the ‘Eternal Captain’ belongs to FC Barcelona legend Ronaldinho Gaucho.

The Brazilian, who now plays for Atlético Mineiro, posted the following tweet this morning: