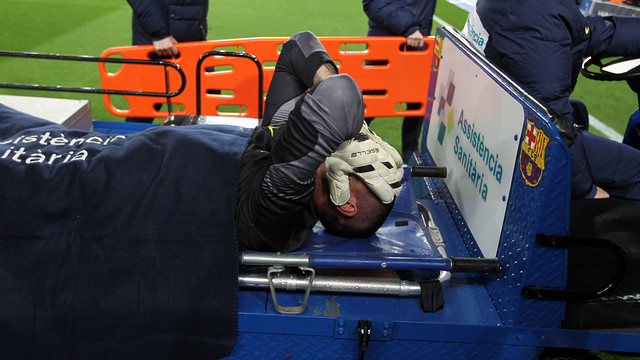 Víctor Valdés suffered an injury on 22 minutes after saving a free kick from Augusto. The keeper fell awkwardly on his right leg, forcing him to ask to be substituted. He was subbed off two minutes later for Pinto while he was being carted off the pitch of the Camp Nou.

This isn’t Valdés’ first injury this season. The keeper picked up a calf injury during the international friendly in South Africa. He was out for eight matches, the last ones of 2013. His first match after that injury was against Elche at the Camp Nou.

In addition, Andrés Iniesta was subbed out at the break due to niggling issues with his left thigh. The player was taken off for Sergi Roberto.