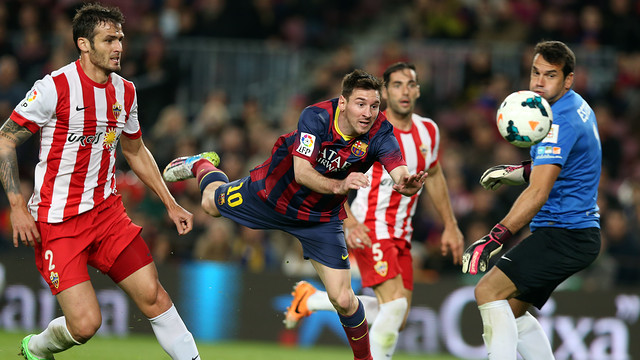 The Argentinian has played 265 league games for FC Barcelona, winning 200 of them, along with 41 draws and 24 defeats

The names of Messi, Puyol, Alexis and Xavi feature among the anecdotes from Sunday’s league win against Almeria.