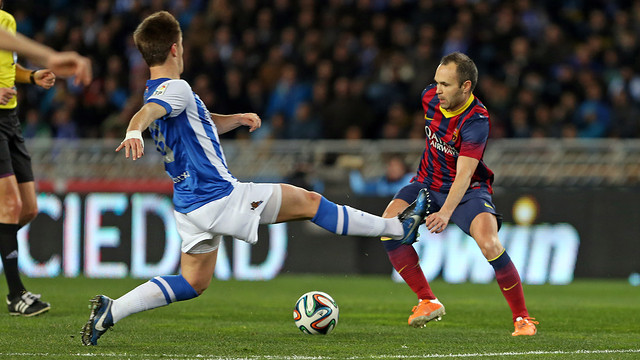 Barça’s passing game was at its brilliant best on Wednesday night at Anoeta. They reached the Cup Final on the back of an astonishing 72% of the possession against Real Sociedad, while also completing 969 of their massive 1058 pass attempts (91.5%). Real completed 266 of their mere 362 passes (71.5%). Here we look at some other stats from the game.

It was only the second time this season that Martino fielded Busquets, Xavi, Cesc, Iniesta and Messi together. The other occasion was against Real Madrid in the league.

Busquets and Piqué won the most balls last night (11).

The two finalists, Barça and Real Madrid, have both won seven games and drawn one en route to the final.