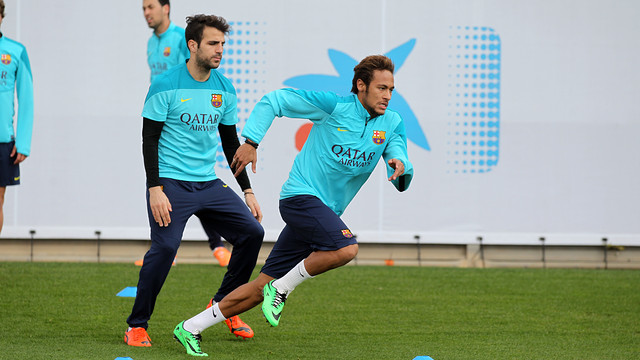 The Brazilian is close to full fitness after his ankle injury and joined in today’s training with the rest of the squad.

Focus switches back to the Cup

Tata Martino gave the players who featured in Sunday night’s win a gentle recovery session, as the focus switches to Wednesday night’s Spanish Cup semi-final second leg in San Sebastian. Carles Puyol, who missed the game in Seville  with lumbago, worked inside apart from the rest of the squad.

The squad will be back in training on Tuesday evening  – their last session before travelling to San Sebastian on Wednesday morning. Tata Martino will give a press conference after training, when he will also announce the squad for the Real game.