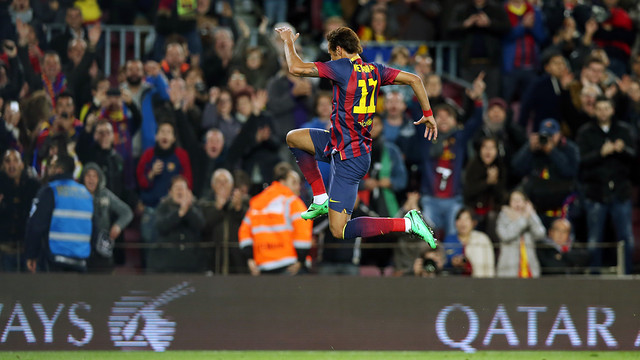 The Brazilian played the final half hour of the match against Rayo, and he netted the final goal of the game

The Brazilian Neymar Jr returned to competitive play in style after successfully recovering from an ankle injury that kept him off the pitch for approximately three weeks. Neymar, who featured for Barça in the final 30 minutes of the match against Rayo Vallecano, told the press that “I’m very happy to be able to play and I’m very happy that I scored.” He admitted that his time off the pitch wasn’t necessarily easy for him: “This month has been long, I was very eager to play.” He added: “I’d give the team a 9 out of 10, we played a really good game, but you can always improve.”

“I want to congratulate the team, we played a complete match.”

“We played well on the attack, on defence, and we took advantage of our opportunities”

“Winning in this fashion gives us morale and confidence against of the game on Tuesday.”

“The fans are with us whenever we need them, they did a great job.”

“I’m happy that I scored the opener.”

“I’m happy that I scored but I still need to improve on my one on one skills.”

“We played a good match and the play that ended in my goal was beautiful.”

“This victory gives us confidence for the difficult games ahead.”

“During the season we’ve played some good games, but today we played one of the best games of the season.”

“The game on Tuesday against City will be a very difficult match.”