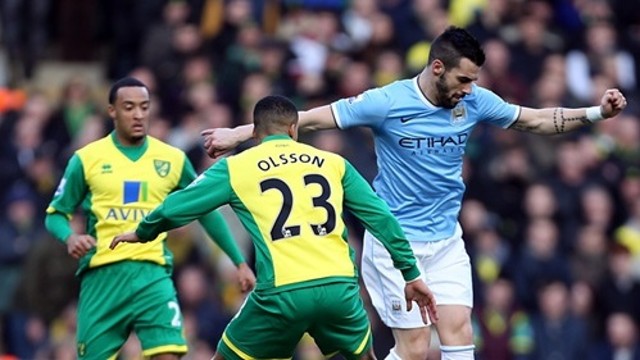 Goals in each half from Jovetic and Nasri gave Pellegrini’s side a 2-0 win.

Toure Yaya put in another powerful performance for the Sky Blues

Manchester City booked a place in the next round of the FA Cup with a morale boosting 2-0 win over league leaders Chelsea ahead of Tuesday’s Champions League visit of Barcelona.

Both teams fielded strong sides, though Pellegrini left Hart, Navas, Kolorov and Negredo on the bench, but the hosts looked the hungrier for the win, with goals in each half from Jovetic and Nasri. The Frenchman was playing his first game in over a month after injury and scored with almost his first touch after a great one two with David Silva.

Yaya Toure put in a man of the match performance, dominating midfield, whilst Silva and Milner stretched the Chelsea defence down the flanks with Dzeko and Jovetic both looking sharp up top, but City will know they should expect a tougher challenge on Tuesday  – Chelsea failed to have a single shot on target, something you’d not expect from Barça!