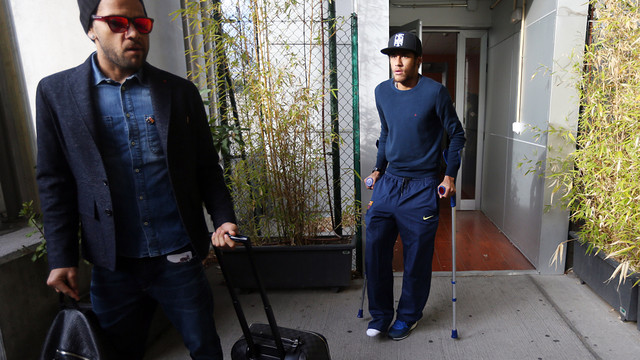 After qualifying for the Copa del Rey quarter finals, the players stayed the night in Madrid

After last night’s 2-0 win at Getafe, the Barça squad stayed the night in Madrid and flew back to Barcelona this Friday morning. At 11.00 the flight left Barajas and some 75 minutes later touched down at El Prat. The group included Neymar, who was using crutches.

As soon as they had left the airport, the team went straight to the Ciutat Esportiva for training.