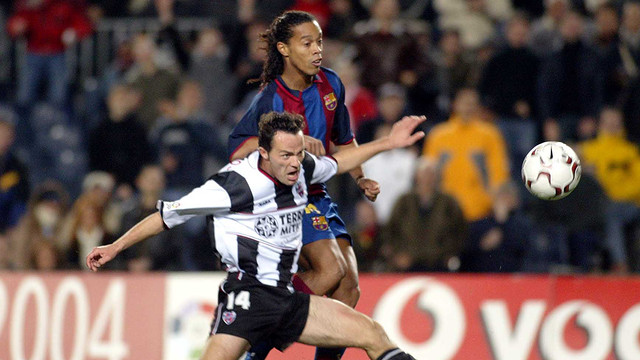 The teams have been drawn against each other four times, and Barça have only been knocked out by the Valencians once

The first meeting was way back in 1925/26, when the tournament involved a group stage

The first leg of this season’s quarter final will be on January 22 in the Ciutat de Valencia, kicking off at 22.00, just three days after the same sides will have met in the league. The return leg at the Camp Nou will be on January 29, also at 22.00.

FC Barcelona’s next opponent in the Copa del Rey will be Levante. It’ll be the fourth time the two teams with almost identical kit have met in the competition, the overall balance being five wins for Barça, two draws and two defeats, with the Catalans advancing on all but one occasion.

The first Barça v Levante cup clash takes us back 88 years. In 1925/26, the competition included a regional group stage, with Barça playing Zaragoza and Levante in one of the two Catalonia/Aragon/Valencia groups. Against the Valencians, they won 5-0 at home and 4-1 away, and ended top of the group with four wins out of four. FC Barcelona thus advanced into the quarter finals, where they beat Real Madrid (8-1 on aggregate), and then Real Unión (2-1 in neutral Zaragoza) to advance to the final, where they were crowned champions with a 2-1 win against Atlético Madrid at Mestalla.

Before and after Civil War

Eight year later, in 1934/35, in the penultimate edition of the cup before it was interrupted due to the Spanish Civil War, the teams met in the quarter finals. In a tight contest, they drew 2-2 in Barcelona and 1-1 in Valencia, which using the modern format would have seen Levante through on away goals. But in those days, a tiebreaker system was used, which Levante won anyway, 3-0 in neutral Zaragoza, although another Catalan team, Sabadell, put them out in the semi-finals.

Four years after the end of the war, the sides met for a third time, in 1942/43. It was in the first round, and Barça won 3-2 in the first leg played at Mestalla, and in the second leg stormed to an 8-1 win, going through 11-3 on aggregate. They went on to get two more huge aggregate wins in the next rounds, 9-2 against Celta and 9-4 against Ceuta, but went out to Real Madrid, 11-4 on aggregate, under hugely controversial circumstances in the semi-final.

Last meeting a decade ago

The last Copa del Rey encounter involving Barça and Levante was this century, in the round of 16 of the 2003/04 edition. With Frank Rijkaard on the bench, Barça lost the first leg 1-0, but managed to make amends in the return at the Camp Nou with goals from Iniesta, Ronaldinho and Saviola to make it 3-1 on the night, and 3-2 on aggregate. But Barça’s cup run that year came to an end in the next round in the form of a 2-1 aggregate loss to Real Zaragoza.