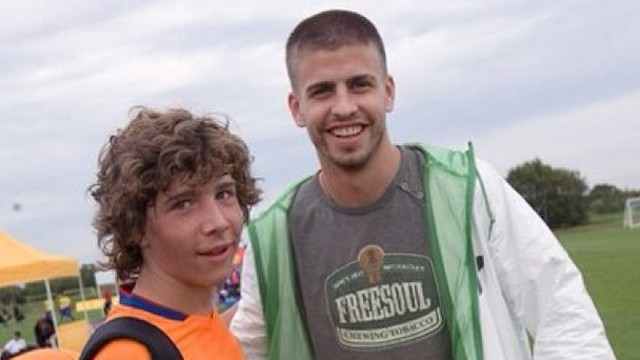 Gerard Piqué was then a Manchester United player and  Sergi Roberto was in Manchester for the Nike Premier Cup- Sergi took the opportunity for a photo with Piqué, before going on to win the Cadet B competition alongside  Oriol Rosell, Marc Muniesa and Sergi Gómez.