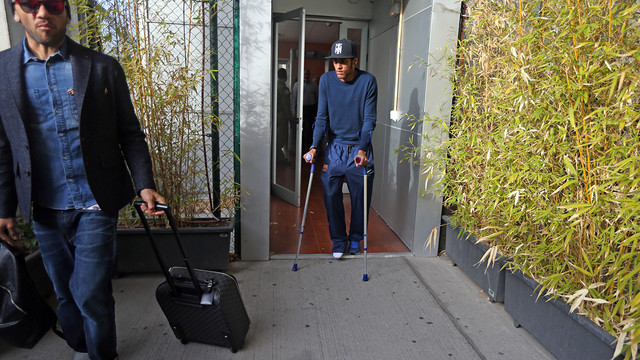 As announced today by the Club Medical Services, tests conducted on Friday morning have confirmed that Neymar has sprained peroneal tendons in his right ankle. He is expected to be out of action for three to four weeks.

The Brazilian was injured fortuitously in the 22nd minute of Thursday night’s Copa del Rey second leg against Getafe.